The  French Regional Groups of Climate Experts  (GRECs)  : a network

Since 2010, several regional initiatives have been launched to bring together academics from various disciplines and socio-economic actors (science-society interface) around issues related to the effects of climate change at the regional scale. Named "Regional Groups of Climate Experts" (GREC in French), these "self-organized" dynamics are anchored in territories at the regional level. Their objective is to inject the most-up-to-date scientific knowledge in support of decisions made by socio-economic actors, public administrations, .... 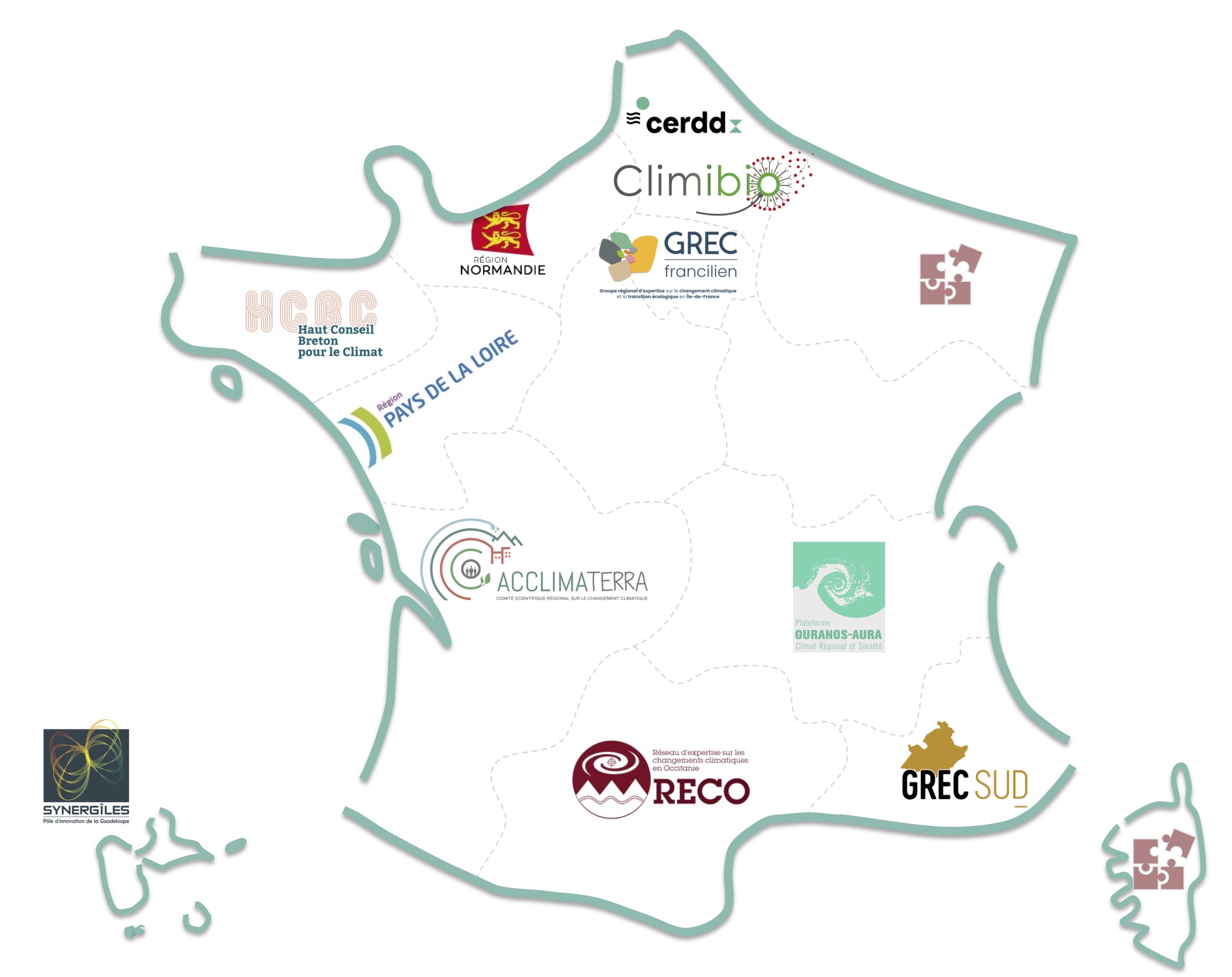 The targeted decisions are to implement measures to mitigate greenhouse gas emissions, to develop adaptation strategies to face climate change, and also to promote the ecological transition. Even if the name GREC refers essentially to climate issues, most groups have been enlarged to address all environmental transitions.

These frontier organizations, which are interfaces between local scientists, territorial representatives and socio-economic actors, constitute a catalyst for action in response to the challenges posed by global changes.

As of today, most French administrative regions (continental and overseas) benefit of such organization (see the figure). Recently, these different groups, created independently of each other, have chosen to share their initiatives, findings, questions, and to promote inter-regional activities. this inter-GRECs network is supported by the French National Committee for Global Change (CNFCG in French).

Members of the Network
Click on the name of the French region to get the details.

The GRECs share many common objectives and missions. However, some differences arise from their geographical location and thus differential issues (overseas, mountainous regions, ...), their historical specificities (e.g. wine regions), and their history (self-created by a scientific consortium or co-constructed with the regional authorities). .

Examples of achievements and outcomes

Below are some examples of achievements, more information can be found on GRECs’ web sites or here ;